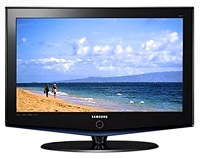 ‘HDTV: A Global Analysis’, a new research report from Informa Telecoms & Media, forecasts that there will be 151 million homes worldwide with HDTV by the end of 2011 – more than three times the number at the end of 2006. Once restricted to a handful of markets, HDTV is now appearing on a worldwide scale. At the end of 2006, the US had 27.7 million [tag]HDTV[/tag] homes – a 58% global marketshare, followed by Japan with a 20% share.

Problems remain, however. According to the report: Of the 48.2 million HD households at end-2006, just 16.4 million had the necessary settop box (or integrated HDTV set) to enable content to be viewed. i.e. they are actually viewing HD content, rather than simply having the potential to do so. This means that only a third of homes with an HDTV set are receiving HD content. By 2011, Informa expects HD programming to be much more readily available, and some 70% of HDTV set homes will be receiving content – or 105 million homes.